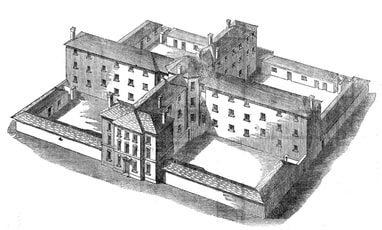 In recent years Poor Law historians have begun to turn away from studies of policy and administration of the welfare regime and focus their attention on the poor themselves. In part this reflects a maturing of social history and the ongoing interest of some historians in the notion of “history from below”, but it also reflects changes in the availability of digitised census returns, newspapers and archival finding aids. At the macro level historians are now revealing the ideological battles that the poor themselves engaged in, unpicking workhouse riots, scrutinising workhouse populations, analysing the many thousands of letters written by paupers and now preserved in local, regional and national archives.

The macro level interest in paupers is, in itself, ground breaking and has enabled us to move away from thinking about “the poor” as being nameless victims of a welfare machine, but to discover them as cognisant humans possessing agency despite their poverty. This work is to be welcomed and will shape future research as debates about the desirability of welfare and the place of the poor in society continue to be current. The “poor” have thus been revealed to be thinking, feeling humans with the desire if not always the immediate power and articulateness to represent their own interests. Still, pauper letters, legal cases brought by paupers, and workhouse riots clearly show that the poor were not insensible to their circumstances and reacted against perceived injustice. Moreover, they were able to achieve this without the leadership provided by the sympathetic middle class as was the case in the short-lived Anti-Poor Law Movement.

Work at the macro level is revealing, but the digital revolution creates the opportunity for historians to undertake detailed research at the micro level relatively quickly investigating the lives of individuals and family groups at a depth that previously would only have been carried out by the most dedicated family historian. One problem with the macro-level study is that such groups are only studied because they were poor people that generated certain forms of evidence because of their poverty. Thus, a pauper who wrote a letter to a magistrate, paupers who provided evidence to an enquiry about abuse within a workhouse or as a witnesses to a riot, are only represented because their poverty led them to experience certain situations. The same is true of studies of workhouse populations through censuses, or pauper burials, petitions for relief, or studies of admissions and discharge papers. However, to define an individual through this particular status which, in all probability, lasted for no longer than a few months or less, is to take the life of the individual entirely out of context. Poverty and welfare may be researched through the prism of policy, administration, relief costs, institutional evolution, and aggregate studies of pauper populations, but the place that poverty and welfare had in the lives of “the poor” requires a different approach.

Pauper narratives can be approached from a number of directions. At one level pauper narratives have been researched for many years, and have formed a mainstay of research into the old poor law. Thus, documents such as pauper letters or settlement examinations are a direct form of pauper narrative with the narrative being encompassed within a single document. Studies of life-cycle poverty, especially under the pre-1834 Poor Law also represent a form of pauper narrative, albeit one that is frequently presented at aggregate level and primarily focuses on life-cycle events as a cause of poverty rather than seeking to be more prosopographical or even biographical at the level of the individual. However, under the old poor law such biographical research is always dependent upon the vagaries of record keeping: reconstructing the life of a dysfunctional, peripatetic pauper under the old poor law would be next to impossible without documents such as relief petitions, settlement examinations and pauper letters. However, with the ready access to substantially more standardised and voluminous records for the nineteenth century makes it possible to research in reasonably fine detail the lives of unremarkable individuals who left no personal trace of their existence. By the nineteenth century tracing the life-course of an individual is actually enhanced by their dysfunctionality. Of course, records are not guaranteed to survive as a combination of chance survival and some questionable archival dispositions have led to patchy coverage. However, by combining records of births, marriages, deaths, court appearances, workhouse admissions and discharges, and census enumerators’ books, it is possible to reconstruct lives and the context in which they were lived in reasonably fine detail.

It is without doubt that fine detailed biographical work of individuals is subject to some criticism, the most significant of which is around its representativeness. Individual lives can never be fully representative of the wider experience. However, it is also the case that macro-level analysis is not fully representative of the lives of the individuals. By definition, the “statistical average” is an amalgam, and might not actually represent the lived experience of anybody. Indeed, micro-level study reveals a diversity of experience that provides insights that are inevitably masked by aggregate analysis.